The Rustic and Regal story of our 2018 Malbec 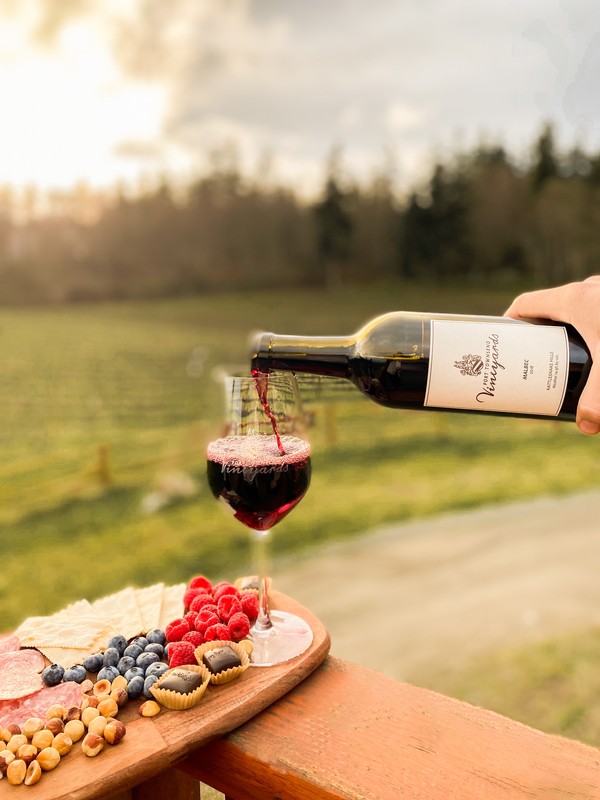 Malbec sometimes carries a humble aire that belies its royal history. It is neither simply rustic nor regal, yet it is also both. Starting as a down-to-earth workhouse grape planted in southern France by Roman soldiers, it grew to be the favored wine in the royal courts of Europe.

We might not otherwise know about Malbec except that in the twelfth century the grape was the favorite of Eleanor of Aquitaine, whose impressive resumé included reigning as, first, Queen of France, then Queen of England. Malbec later gained a role in blending with the great grapes of Bordeaux and was singled out by Russian Czars. In the new world, especially Argentina, it’s become bigger than ever, though maybe some of its past glory has been overshadowed as it has become better known as the fruit bomb to pair with backyard barbecues. But this grape will not be limited to either pretension or commonness. In fact, Malbec is at its best combining its strengths.

The style behind the Malbec you pop the cork on depends on the terroir in which it’s grown and how the winemakers handle it once picked. The style of our Malbec is first laid out by the high-desert influence of the Portteus Vineyard in the rolling Rattlesnake Hills hunkered above Zillah and the Yakima river. The site is warm but not too hot. It’s breezy but not windswept. And the soils are loamy without being overly fertile. In other words, the grapes were grown in the land of just-rightness.

We try to treat the juice with a similar balance once we tip the grapes into our wooden fermenters. We go for a persistent extraction of flavors from the skins and seeds while preserving a supple texture on the palate. In the cellar, we use a mixture of older and newer French oak barrels to broaden the profile of the wine, making sure it’s aged for just the right amount of time. Where most “black” grapes, AKA red wine grapes, tend toward an earthy color palette, Malbec begins its life a deep purple. A blue subtone beats out the shadings of brick that underlay most other red wines. Barrel aging softens this hard hue, and the blue fades to stained-dark brick.

The fruit flavor follows a similar path. The bright, clarion fruit of a wine’s youth gives way to savory nuance and an ability to enhance a variety of meals. This is where we decided to take our Malbec. There are still some exciting flashes of fruit and a remaining twinge of purple to darken the brick tones.

We think there’s a lot of “just right” going into the bottle with this wine. It’s as rustic as it is regal and ready for the finest cut of steak or simply a plate of well-seasoned beans and rice.

You can read more stories by signing up for our newsletter below or by clicking on the additional blog links.For all questions and inquiries, please email contact@porttownsendvineyards.com
Tweet

Commenting has been turned off.

Stay up to date on the latest wine releases, events and news!